Ash Wednesday
We invite you to begin the Lenten season in worship. Please join us for our Ash Wednesday service on February 18, at 12pm and at 7pm.

Bible Study
Steve Eulberg is going to lead a Bible Study on the Gospel of Mark on Monday evenings at 7:00 p.m. starting on February 9 and ending on March 9, 2015.

The schedule for this study is:

**If cheap nba jerseys you would like to know more about this study please email Steve Eulberg.   RSVP via email to Pastor Connie or call/text her at 970-222-8394.

Samaritan Sunday
We are collecting soup, canned foods, and socks (for distribution to local families) for Samaritan House San Mateo. Please check out the bulletin board for more information.

Thank you!
Throughout the year our Sunday morning church services have been enhanced by special music such as The Brass Act and other dynamic musical groups.  These inspirational performances enrich our worship experience.  In order op for this to continue throughout  the next calendar year, please consider wholesale nba jerseys a donation to the church designated to special music.  Thank you.

Feb. 8, 2015:  This class will describe how 27-year-old Martin Luther King relied upon his relationship with God to help him find wholesale nfl jerseys the strength to lead the Montgomery bus boycott after the leadership was thrust upon him.Martin Luther King, Jr. was twenty-five years old in 1954 when he became pastor of the Dexter Avenue Baptist Church in Montgomery Alabama.  He was still establishing himself as a young pastor in a new town when, a little over a year later, Rosa Parks refused to give up her seat on a municipal bus and the Montgomery police arrested her. This class will discover the origin of King’s leadership in his religion and the chaos of the bus boycott.

Feb. 15, 2015: This har class will discuss the ordeals of the freedom riders and their reliance on churches and spirituals to see them through their trials.On May 4, 1961, a group of white and black civil rights activist sponsored by the Congress Of Racial Equality boarded a bus in Washington DC. These Freedom Riders suffered beatings and bombings that climaxed when thousands of in whites surrounded Fred Shuttleworth’s church in Birmingham Alabama threatening the lives of the freedom riders and the hundreds of African-Americans who were supporting their efforts.

Feb. 22, 2015: This class will probe behind the film Selma and examine its fidelity to the historical record. In January 1965, the Dallas County Voters League invited Dr. Martin Luther King and the Southern Christian Leadership Conference to join them in marching for voting rights in Alabama. Dr. King was of the opinion that President Johnson needed a push from the movement in order to take action on a voting rights act. Dr. King decided that Selma provided the perfect opportunity to administer that shove. The two failed attempts to march from Selma to Montgomery forced President Johnson to insert himself into this direct action campaign and world! led to his dramatic proposal of the Voting Rights Act to a joint session of Congress. 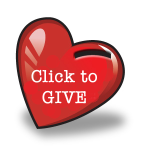